Why the Number of Passengers in Your Car Matters 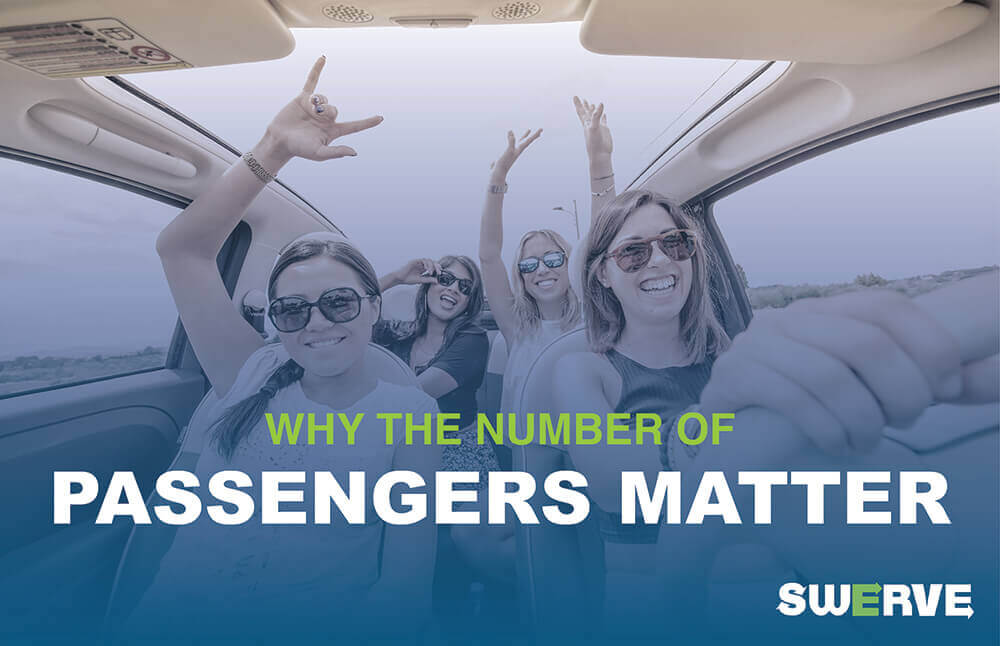 There has been a big push to educate the public on the danger of using cell phones while driving. The main reason a cell phone is dangerous is that it distracts drivers from the road. When it comes to teens driving, there is a bigger reason they aren’t paying attention to the road though and it is just as dangerous, if not more.

A study published in the Journal of Adolescent Health in 2012 showed that the biggest distraction to a teen driver was peer passengers in the car. This information was found by comparing risks and factors documented on-scene by a crash investigator.

When a teenager starts to drive, they are already at a disadvantage because of their lack of experience on the road. Driving independently is important for a teen to get experience on the road. In fact, the risk of getting into a crash drops by more than two-thirds after driving 1,000 to 1,500 miles. During this time, some states have extra laws that limit the number of passengers allowed in the vehicle.

During the study, the male teens showed that they were much more likely to engage in risky behavior and maneuvers in front of their peers than if they were alone. A female teen driver with passengers didn’t have an increase in dangerous maneuvers, but they were more distracted because they were talking more with friends.

Across the board, the teenagers were distracted by worrying more about what was going on inside their car than outside, taking their attention away from the road.

States have implemented laws that help to decrease the risks of these behaviors. For example, Washington limits newly licensed drivers under the age of 18 for the first year. During the first six months, teen drivers are not allowed to have passengers under the age of 20 unless they are an immediate family member. After those six months, the remaining six months of the year are limited to no more than three non-family passengers who are under 20 years old.

All 50 states have adopted similar standards, referred to as graduated licensing laws. These grant privileges to new drivers in phases before receiving a regular driver’s license. The most successful laws combine these graduated licensing laws with limiting night driving and the number of passengers. These programs showed an 8 to 14 percent drop in fatal crashes for 16 to 17-year-olds. Having and enforcing these laws helps get teen drivers past those first crucial 1,000 to 1,500 miles. Once they are more experienced and feel comfortable behind the wheel, it hopefully isn’t such a big distraction to have friends in the car.

Parents play a vital role in these laws and in limiting passengers. While you can’t always control your child or know if they are keeping the rules you set, you can still enforce what you do know. The risk of fatal crash triples when there are two or more peer passengers in the car with a teen driver and 59% of teen passenger deaths happen in cars driven by another teen.

Make sure to talk to your teen driver about the laws and the expectations you have for them. If you live in a state where there are no laws limiting the number of passengers or their ages, make your own family rule about it. It can help keep your teen safe on the road.