The Four Rules of Four-Way Stops 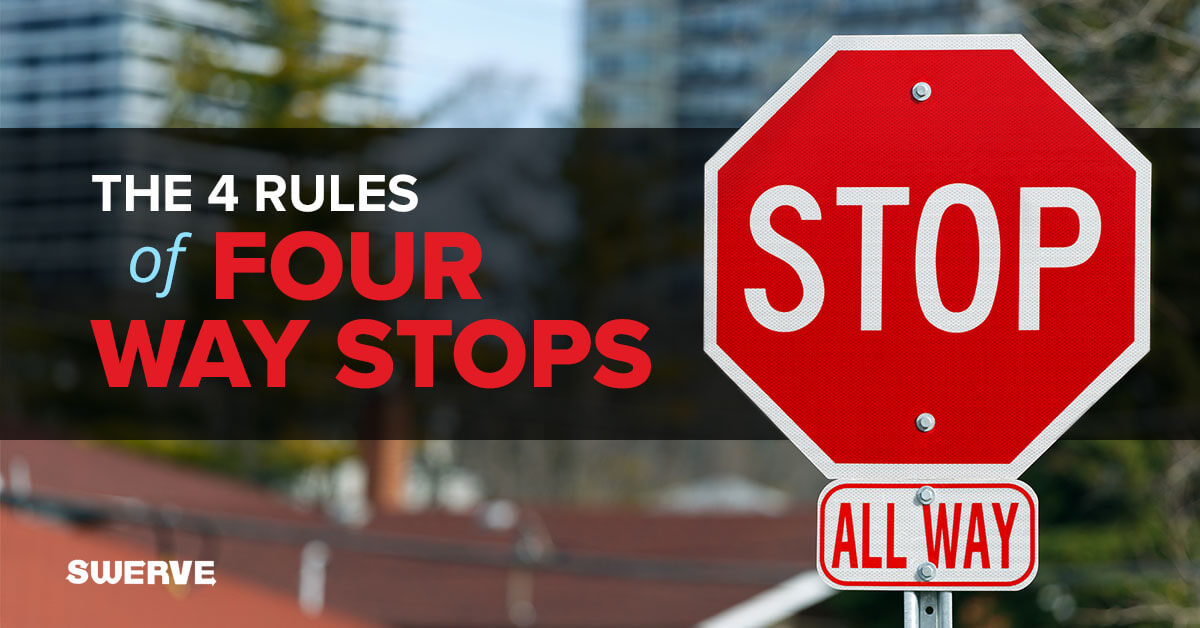 Four-way stops, or intersections that require all four directions of traffic to come to a stop, are some of the first traffic rules discussed in driving school. They are often a frustrating experience for many drivers though because they don’t remember who should go first. Having a good, solid understanding of the four rules of four-way stops is one of the best ways to prevent collisions, road rage, and frustrations when you approach one of these intersections.

First to arrive, first to go

The first car to pull up to the stop sign is the first car that gets to proceed. If cars are all stopping at the intersection at different times, each should proceed through in the order they arrived. It doesn’t matter which direction a car is going either. Just like in kindergarten, you wait for your turn and don’t cut in line.

Tie goes to the right

The best way to stay safe at a four-way stop is to communicate. The laws that dictate right-of-way based on turning direction show that communicating through signals is vital. If there is any doubt on whose turn it is, wave people through or motion that it is their turn to let them know that you intend to wait for them to go before pulling into the intersection.

Try not to get too uptight if people go out of turn. If an aggressive driver thinks it is their turn and pulls out into the intersection, yield to them, even if you know that you had the right-of-way. The rules were made to help keep the flow of traffic going while keeping everyone safe. Knowing when it’s your turn to drive through the intersection is very important, but don’t get so caught up in the way it should happen that you compromise safety.