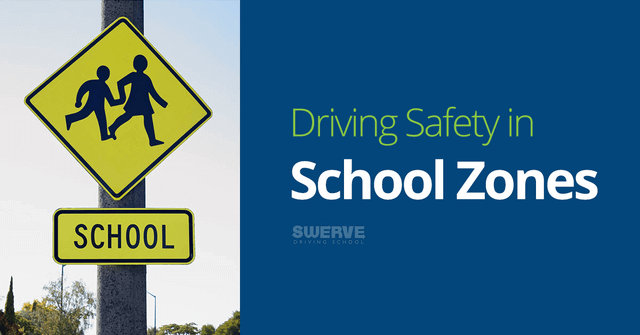 Students are returning to school everywhere across the United States, and since school zones, crosswalks, and school buses are most frequently used during the school months, it is important drivers remember the laws involving them. Keeping students safe should be everyone’s priority.

Areas surrounding schools often experience heavy amounts of traffic around school start and end times. With so many children walking home or running to vehicles, it is important to drive at a slower speed. Pay special attention to the following areas:

While crosswalk laws don’t change during the school year, they are more frequently used. In more dangerous intersections or roads with higher amounts of pedestrians, cities will use one of the following options:

In these situations, drivers are required to yield to the pedestrian. Stop when someone is in the road and wait for them to cross completely before proceeding. Keeping the intersection clear helps ensure the pedestrian’s safety because they are more clearly seen from every direction.

School bus drivers are tasked with getting children to and from school safely. They stop at designated areas to pick up and drop off students. When a school bus stops, they pull on a lever that opens the door and starts signals on the front and back of the bus. A stop sign also extends out by the driver. These signal to other drivers that they need to stop. This helps keep students safe who may be running to catch the bus in the morning or crossing the street to get home in the afternoon.

Keeping students safe is a community responsibility. While you may be in a hurry to get to school, take your own kids to school, or get to work, it is important to slow down and pay attention to the laws. Since the consequences for breaking these laws can lead to serious injury and death, they have stiffer penalties. Plan to leave a little early and drive at a slower speed. Being a little late is better than causing serious injury or death to someone else, getting in a crash, or having to pay an expensive ticket.